Jon St. John is one of the first videogame voice actors, who is best known as the voice behind the famous bad ass DUKE NUKEM. He has also voiced lead characters in games such as:

Sonic Adventures, Guild Wars 2, Star Trek: Online, Half-Life: Opposing Force, Rad Rodgers, This is the Police, D&D: Neverwinter, and as the new voice of the Dude in POSTAL 4: No Regerts.

As the voice of theme park characters, and literally thousands of TV and radio ad campaigns over the years, Jon is one of the most versatile, yet unrecognized voice artists working today.

Jon St. John is also now a team member of the very first indy game developer - Apogee, as the spokesman for the company. You can see his weekly “Apogee Now” gamer updates each of Apogees social media platforms.

An honored guest at gaming conventions around the world, Jon St. John is one actor who really enjoys meeting his fans…and it shows in his interactions with them. Kenny James is best known as the voice of Bowser in the Nintendo Super Mario Bros franchise with over 35 title credits. He has been providing the voice and personality of Bowser since Super Mario Strikers in 2005. Other voice work includes Zingo, a story telling dragon for a children’s program, narration and audiobooks. Kenny is also a prolific theater actor performing in musicals, dramas and comedies in the Puget Sound area. Weighing in at 4,000 lbs of raw heavy metal, he's here to rule ass… the longest reigning Independent Wrestling Champion of all time… El Macho Muchacho himself… this is WARHORSE!!! Warhorse is an independent wrestler who has been seen on AEW Dynamite and is featured in the video game RetroMania Wrestling. 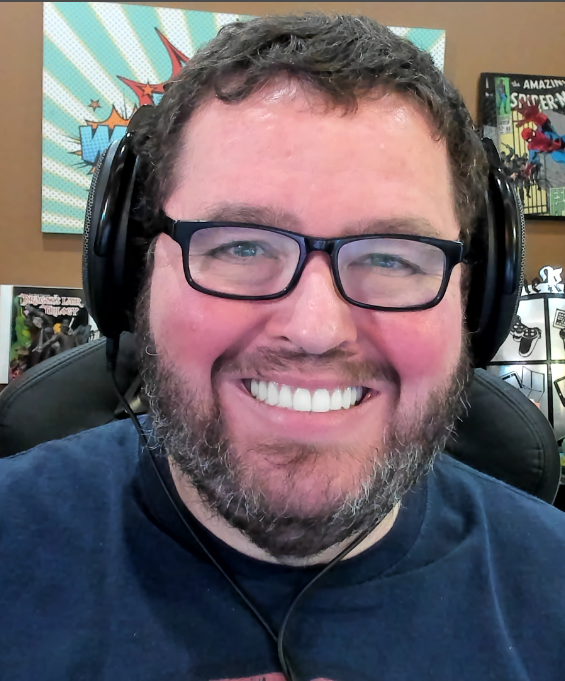 You may know me as one of my characters; The raging and lisping "Francis", the southern redneck "Jessy" or maybe you just know me as me; Boogie2988. Gamer, vlogger, armchair philosopher and all around (and I do mean round) kinda guy. Creepy Pasta is the new Urban Legend. Horror stories and experiences from around the internet are crawling out of the wood work and coming to your ears from one specific voice. MrCreepyPasta, horror story teller of YouTube, is a well known voice for such famous horror characters such as Jeff the Killer, Smile.Dog and Eyeless Jack. He started 6 year ago and over that time the Creepy Pasta narrators have grown exponentially over the years to becoming a staple in the YouTube community and in the horror genre with over 1.2 million subscribers. Since the creation of the channel, he has moved into voice acting. He has made small appearances in anime as well as taking the genre to new highest, MrCreepyPasta has produced 2 Creepy Pasta Collection Anthologies that have broken the top 50 Horror Anthologies on amazon and 1 successfully kickstarted comic book title. Wood Hawker is an eccentric Australian (but living in America) video game orientated content creator. You can find his reviews and random stupidity on the YouTube channel, Beatemups. Come for the games but stay for the... I dunno, accent?

Heavily focused on everything Nintendo, reviewing almost everything Switch he can get his hands on. Although his channel covers everything across gaming, from the classic NES all the way to newest PS4 & Xbox One.

Whether you are looking for reviews, gaming discussions, vlogs, fanmail unboxings, skits, top 10 lists, podcasts, clickbait or awkward humor, he has you covered. Alex, also known as CND, creates a variety of videos for his YouTube channel "Alex CND". Starting when he was only 13 in 2011 his channel began by making lots of unboxing and collection videos. From then he's made rants, live streams and lots of travel vlogs. His vlogs focus on the experience of going to gaming events/conventions and the social aspect of the gaming community. Alex's most notable vlog series was when he became the symbolic "first person in the world" to purchase the Nintendo Switch when it launched in March 2017. He did so by waiting for an entire month prior to make sure he was the first in line at the Nintendo NY store in New York City. Yes, his Nintendo Switch tattoo is real. Taffeta Darling has been a pop culture herald in the geek community for over a decade. She's a published model and cosplayer, blogger, live-streamer and lends her Fangirl energy to various pop culture events across the country, as a moderator and panelist. By day she's a comic art researcher and cataloger, and by night reviews all things geeky and hosts artists and celebrity interviews via The Fangirls of Dallas channel. Trailer Drake/Comic Drake is an all-around nerd. He's one of the internet's leading comic book experts, the creator of the hit shows Smash History and Crossover for the Game Theorists, and a tabletop game designer. “Pixel Dan” Eardley is a reviewer, reporter, and all-around toy enthusiast. Growing up in the 1980’s and 1990’s, Dan enjoyed a variety of popular toys including He-Man and the Masters of the Universe, Teenage Mutant Ninja Turtles, Ghostbusters, and many more. Through his popular videos on his YouTube channel, with over 250,000 subscribers, Dan shares his enthusiasm for the toy collecting hobby with the world. Dan has also recently authored the book The Toys of He-Man and the Masters of the Universe, an official toy guide coming from Dark Horse Books in Summer 2020! William or DooM is a Nintendo Youtuber known for his comedy videos on various Nintendo games such as Breath of the Wild & Super Smash Bros. Ultimate. - Enjoys to play & collect both retro & modern video games. Max grew up with a PlayStation but truly fell in love with gaming when he first played the Dreamcast. This started his lifelong journey to try and beat everything he get his hands on! Now DreamcastGuy has sprung up on YouTube with his weekly reviews of games and random rants on the biggest dumpster fires. 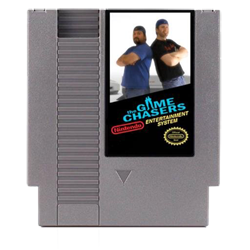 Billy and Jay make up the dynamic game collecting team known as The Game Chasers. Their mission: to scour the land far and wide to uncover gaming treasures of old. Whether it be gaming stores, flea markets, thrift stores, or even people’s attics, they search out retro games and have a blast while doing it. In 2011 they decided to put their adventures on YouTube and became an instant hit. Stina Glitters is a lifelong gamer, cosplayer and costume designer/leather worker that runs on all things sparkly and colorful. She and Taffeta Darling make the dream team The Fangirls of Dallas. Fangirls puts out daily content covering all things geeky as well as doing weekly live streams ranging from current reviews to crazy experiments. Check them out every Wednesday evening on Facebook live to see what shenanigans they get into each week.

John Riggs has a knack for nostalgia with everything from classic breakfast cereal of our Saturday mornings to video games and all points in between. His YouTube channel shows his love for classic games, especially NES, ranking them by publisher or covering the best, worst, most obscure and underrated games for all consoles. He has also been known to hack NES games and fix a game or two with 'open cart surgery'. Retro Rick is always on the hunt for all things 80s & 90s nostalgia! From the movies, toys and games he’s dedicated his channel to the simpler times of the past. His channel primarily focuses on live game/toy hunting at flea markets, thrift stores and garage sales taking the viewer along on the journey! Retro Rick has been creating videos on YouTube for 2 years now and releases videos every Monday & Thursday. 8-bit Eric started playing video games at the age of four when his older brother bought a Sega Master System. From there he was instantly hooked on playing with anything he could get his hands on. Shortly after, his life was forever changed when he received his own NES for Christmas and the rest is history. In 2010, Eric decided to start a video game review show on YouTube called The 8-bit Eric Show, since then he decided to start collecting video games again and became friends with many other gamers in the YouTube community. NESComplex (Chris Woodside) - Educator, Historian, and YouTuber - Chris is the writer and editor of the “Declassified” YouTube series as well as numerous dry-witted, nostalgia-packed retrospectives about the golden age of gaming. As a teacher with a BA in History and an MA signed by Arnold Schwarzenegger, Chris blends his passion for history with his love of games to craft documentary style videos about the most popular games of the past! Okchief420 loves everything video games. He plays, collects, hunts, anything and everything to find old games. He is best known for his GameStop Dumpster Diving series, where he finds all sorts of free items tossed away by the game store. Along with his best friend, Will, he also does food reviews as The Food Chasers.

Tyler Esposito is the creator of "My Retro Life", an episodic documentary series and YouTube channel about life as a '90s gamer. Using home movie footage straight from VHS, Tyler tells the blast-processed story of what life was like growing up in a family obsessed with video games. "My Retro Life" was recently featured in the Paramount Plus documentary film "Console Wars". PetitePikahh loves to swear and has bright blue hair. While staying at homeduring the pandemic, she re-branded herself and her Twitch channel. What started as something small, has now blossomed into a community of gamers who enjoy watching Pikahh laugh, frag out and most of all, have fun. When not gaming, you can find her at a local taco truck, playing with her dog, Aloy, or looking at more PC accessories she doesn't need! Known online as the "Queen of Kong", Dearest Abby is one of the top five female Kong players worldwide. Her experience includes both competitive arcade gaming and casual current-gen gaming. Dearest Abby is also a fan of vintage toy collecting, Star Wars, and all things nerdy. Recently she began writing about her first-time experiences with a variety of retro games and consoles for the website ReviewFix. In addition to video games, Dearest Abby has a variety of cosplays that she designs herself and proudly shares on social media.

Mr. Wright Way is a Retired United State Navy Veteran who has always had a passion for video games, toys and photography. Mr. Wright Way has also photographed for Pro wresting companies like WWE, AEW ,NJPW and more. You can catch his weekly videos as he shows you collection videos , game hunting and how to get deals, The Wright Way. George “G” Gracin is an enthusiast of video gaming for over 25 years and shares his dedication through his YouTube Channel, G to the Next Level. “Retro Gaming in the Modern Age” is his channel’s motto, as he makes retrospective reviews, “Level 10” countdown lists, “Mascot Mania,” his mascot adventure game review series, “Console Consultation” console and arcade reviews, various Sonic the Hedgehog videos (he’s a huge fan!), and much more. Though a Sega fan first, G has a passion for all things retro and hopes to inspire, educate, and entertain: Level by Level. In addition to YouTube, G streams retro and modern games on Twitch, is currently writing a book about the Sega Genesis, and assists in writing historical articles for gaming sites like racketboy.com. Cristal known as Zap is a host of a Web Video Series in Gaming & 90s Nostalgia at ZapCristal/YouTube. Was raised in a family of gamers and has always had a passion for gaming in general. Her first introduction into retro was Ms. Pac-Man for the NES and has carried on ever since. Pete '16BitPete' Yedwabnick is a Retro Gamer and Modder from South Dakota. He's known for his work on YouTube where he restores retro consoles and other vintage electronics. He even has built a portable Nes & N64. He also has been featured in several episodes of the Shady Jay Show too. 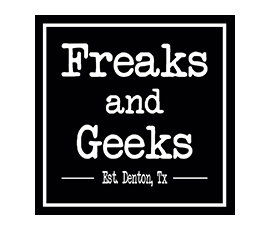 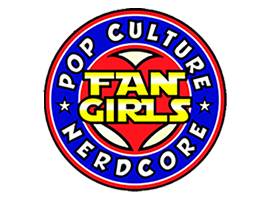 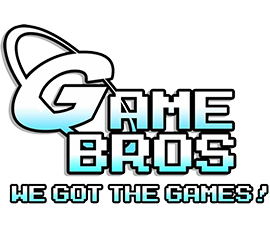 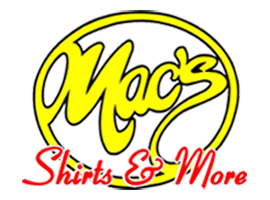 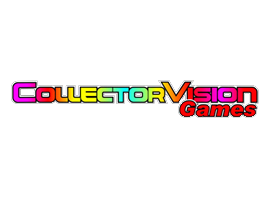 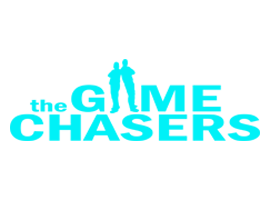 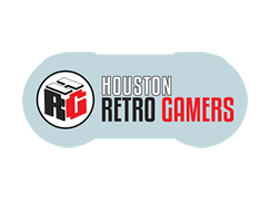